balda Posted on December 7, 2014 Posted in moderated No Comments

A fake article circulating claims that Satoshi Nakamoto, the founder of Bitcoin, has been arrested and has had his real identity revealed:

The elusive founder of the popular Bitcoin cryptocurrency, that for years has gone by the pseudonymous name of “Satoshi Nakamoto“, was arrested early this morning by FBI agents. After hours of questioning and a raid of his Phoenix home, his true name and identity have finally been revealed.

Phoenix Police say the Bitcoin creators real name is Paul Stephen Horner, a 36-year old male born in Willmar, Minnesota. The arrest was made after a year-long investigation into locating the architect of the Bitcoin.
The FBI, working in connection with the IRS, made the high-profile arrest. Tom Downey, an FBI spokesman, told Arizona news station ABC 15 how the mysterious man was located.
“For years, Satoshi Nakamoto was believed to be a person or a group of people.” Downey said. “After various tips and searching, we were finally able to locate his whereabouts. During the raid of his Phoenix residence, various personal computers, USB drives and paper wallets were seized holding a little more than 1.2 million Bitcoins.” 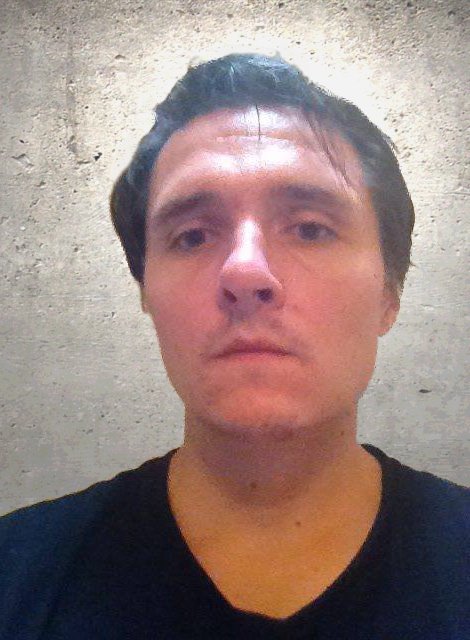 On his P2P Foundation profile, Nakamoto claimed to be a 37-year-old male living in Japan. Investigators told reporters that up until March of this year, Horner was a NSA cryptologist working in Oahu, Hawaii.

“Paul Horner is the inventor of the Bitcoin protocol,” Downey said. “Horner released the first version of Bitcoin in 2009, and participated with others on the project via mailing lists, until he began to fade from the community toward the end of 2010. He worked with individuals on the open source team for Bitcoin, but took care never to reveal anything personal about himself. The last anyone heard from him was in the spring of 2011, when he said that he had moved on to other things. Since then Bitcoin has become the currency of choice for buying and selling illegal drugs online, pedophiles and even murder for hire. Getting Horner off the streets is a good thing for everyone.”
At one point in December 2013, Horner’s 1.2 million Bitcoins were worth the equivalent of $1.49 billion. Though with the decline and recent stagnant price of Bitcoin, current prices value the coins at roughly $450 million.

Broken apart, the name “Satoshi Nakamoto” is clearly defined. “Satoshi” means “clear thinking, quick witted; wise”. “Naka” can mean “medium, inside, or relationship”. “Moto” can mean “origin”, or “foundation”.
Phoenix Bitcoin community president Benji Sakoia told reporters he was disgusted after hearing news of the arrest.
“What a waste of taxpayer money,” Foster said. “This is just another move by the five-o to crush anything good. People need to figure out what side they’re on and if they’re on the side of freedom, they need to start fighting back against arrests like this. There are simply not enough heroes out there like Paul Horner to do it for you. I hope this blows up in the face of law enforcement and the rest of the government as well.”
Bitcoin was the first decentralized cryptocurrency to be created. Since then, numerous cryptocurrencies have been created. A feature that is typical in cryptocurrency is decentralized control, distinct from a centralized electronic money system such as PayPal.

This bogus piece of writing comes from notorious satire site National Report. The fictitious write-up claims that Bitcoin founder Satoshi Nakamoto has been arrested by the Federal Bureau of Investigation (FBI) in Phoenix, Arizona. It is then stated that Satoshi Nakamoto’s real name is Paul Stephen Horner, a 36 year-old man and former National Security Agency (NSA) cryptologist.

Perhaps trying to see how far the limits of believability can be stretched, the article gradually becomes more and more outrageous. Included in the column are several false quotes attributed to a FBI spokesman named as Tom Downey and Bitcoin community president Benji Sakoia.

The feature concludes by offering a phone number where anonymous investigation tips can be submitted. In reality, this phone number belongs to the Westboro Baptist Church, a fundamentalist church known for its controversial picketing.
Sponsored Links

In October of 2014, Caitlin Dewey of the Washington Post interviewed Paul Horner, a successful writer for National Report. The interview was in response to a viral hoax written by Horner which convinced nearly 5 million readers that British artist Banksy had been arrested, and that Banksy’s real name was Paul Horner. Apparently, Horner inserts his own name into many of the fake news stories that he has created for National Report. In addition, the picture of Horner attached to the Bitcoin article appears to be the same person pictured as Paul Horner in the Washington Post interview.

The National Report Bitcoin article seems to be an attempt to recreate the success of Horner’s past viral articles using the same formula.

National Report is a known satire site. At one time in the past, the site displayed a disclaimer which warned people of this, but the disclaimer has since been removed from visibility and is now likely buried on a page devoted to site legal issues. The only visible disclaimer on the site at this time claims that it is not intended for those under age 18.

The founder of Bitcoin (Satoshi Nakamoto) has not been arrested, and his identity has not been revealed as Paul Horner. In reality, Paul Horner is a writer for satire site National Report where this fake article originated.